ECOVISION Sustainable Learning Center hired me for a project/job that combined all aspects of my work history, talent and personality. This position combined the green spirit of sustainable living to a love of graphic design plus a passion to bring others into the fold through example and advertising, EcoFair360 was my dream project.

It was also a ton of work. I was to be both the community liaison to court exhibitors, and then the art director to produce the materials that would attract them. I created the display for trade shows I attended where I mingled with the leaders of "green" groups and individuals who were making progress marketing sustainable products and services to Wisconsin and the region. I produced ads, posters, tickets and the program for the event.

In 2010 the national show organizer, Green Festivals, was used to handle the show mechanics, offer support in the greening and recycling. I was hired four months before the first Fair, worked with them to bring in dozens of Not-for-Profits to exhibit and speak, and also to be boots on the ground for the show set-up. In 2011, our local company took on all parts of the project, and we had even more success. With over 100 exhibitors and nearly as many presentations, we created an event surpassing what the national company had been able to produce. Sadly, there is not a lot of money to be made in starting trade shows, and we could not produce a third year.

The EcoFair was a part of a larger company initiative from a family who wanted to bring renewable energy and lifestyle to southeastern Wisconsin. They helped develop solar farms, provided energy credits to large electricity users, and wanted to create a bed and breakfast that was fully self sustained.

EcoFair 360 was a part of their journey to help educate the public on the many resources available locally.

Their website was created in Joomla and I used the editing features to update information. 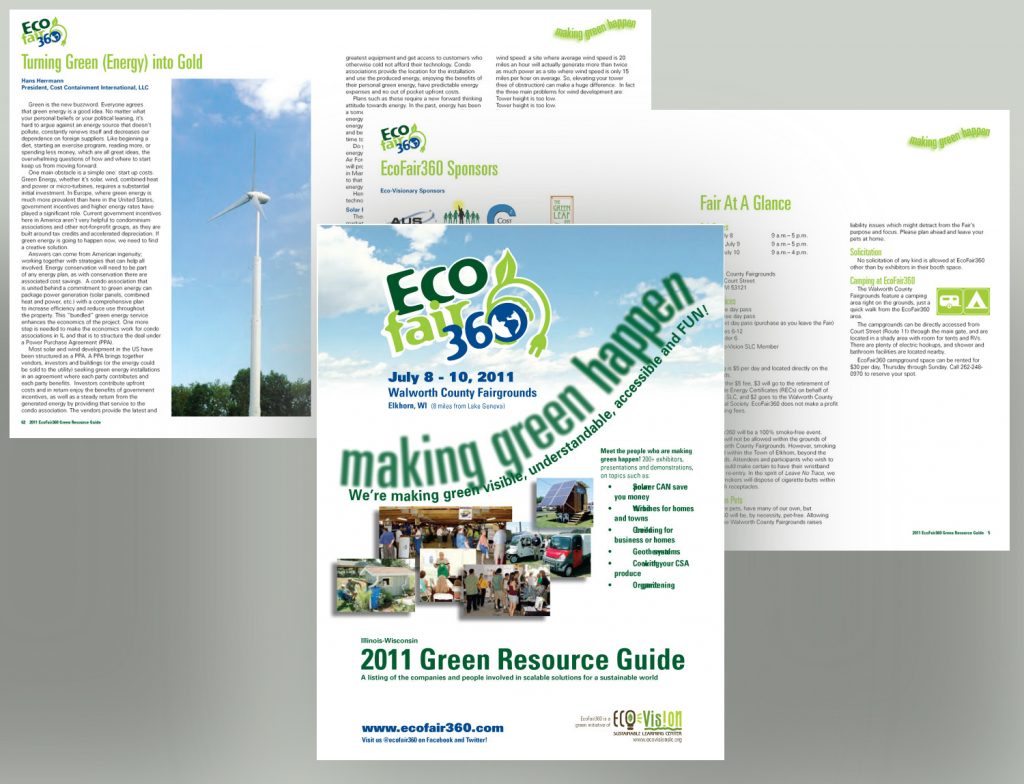 Download a PDF of the full Guide here. Schedule of workshops begins on page 34. 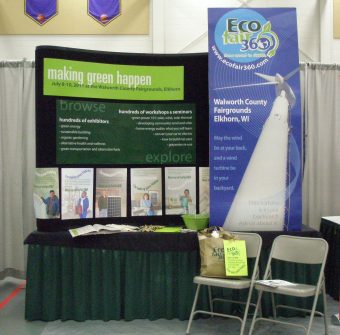 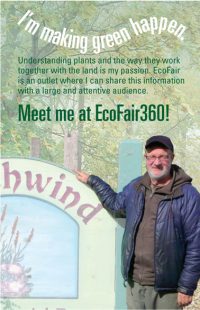 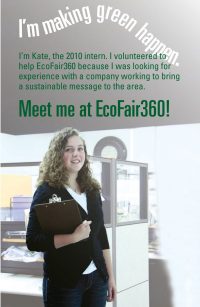 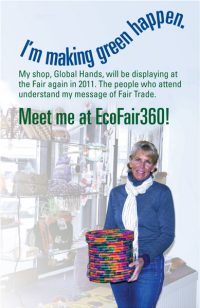 More to come; check back soon. 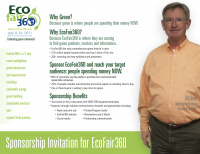 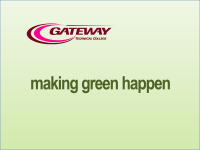 This is a sponsorship presentation. Click here to view it. 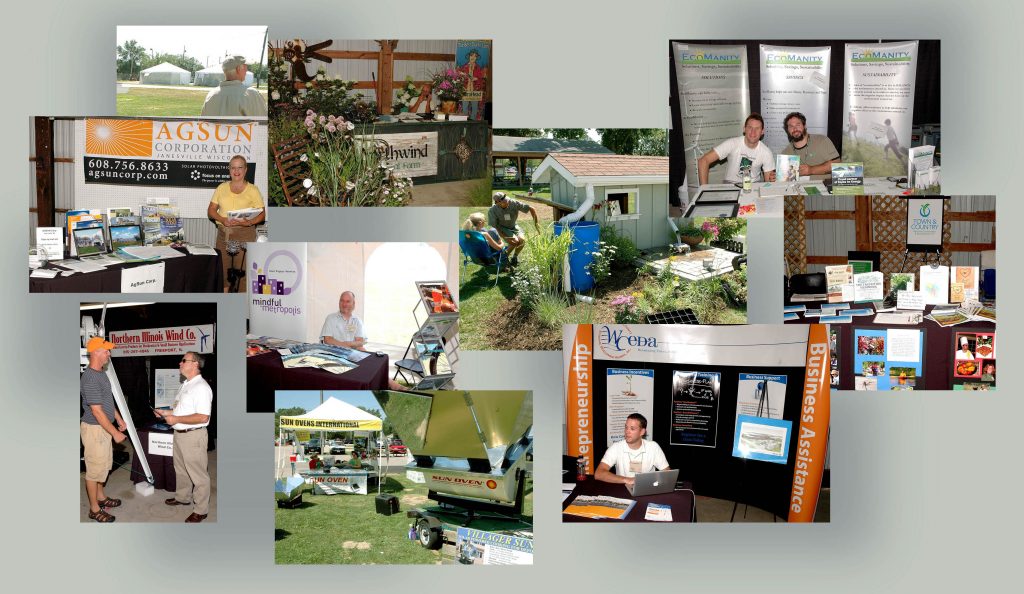